Boo, this nightmare Slasher is on to you! It’s the nightmare that you never saw coming. Father Death is on to you and knows what your phone number is and where you are currently! P.S. don’t SCREAM! Just kidding, it’s Halloween season again and also the Scream (Ghostface) 25th Anniversary of the movie. After four more Scream films in the franchise with a 5th installment on its way in 2023, it’s safe to say it went gangbusters at the box office. Scream grossed $81.6 million in the United States and Canada, and $58.4 million in other territories, for a worldwide total of $140 million. Crazy how time flies!

As the leaves start to change colors, so do bright summer colors, and out comes the browns and blacks as the Halloween season gets into full swing. Father Death, as Ghostface is called in the film, is back with a vengeance. As the famous masked voiced character would call people right before they meet their DOOM! The masked figure would show up to carry out his plan of elimination of the individual who was called. Ring… Ring… Don’t pick up the phone. Scary right? This character roamed the streets and took out his victims one by one while hiding his true identity and voice via the phone. When Ghostface called, the victims didn’t believe him at first. How could they with some many spammers and scammers call our phones every day? This led to their demise. A new film was released in January of 2022 and that will lead to the next installment of the film series next year on March 31, 2023. 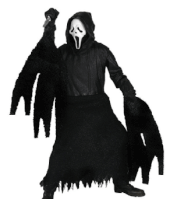 The 25th Anniversary of the Ghostface (Scream)

The Scream star Neve Campbell and writer Kevin Williamson recall the story of how the filmmakers came by the infamous Ghostface mask in this exclusive featurette from the upcoming 25th anniversary home entertainment release. This thriller features “a fictional identity adopted by eleven characters in the Scream franchise. The figure was originally created by Kevin Williamson”.

Even if you aren’t a fan of the film the iconic Scary Movie, which is a parody of the film, features the famous villain and many Halloween-lovers recognize the iconic Ghostface (Scream) costume from that Scary Movie franchise as well. The very popular movie release was an instant classic that can be watched over and over. There have been several new additions since the original film was released. Young viewers of the film have caught on to the hype and love to watch the movies and wear the child Scream costume as well.

The Beginning of Ghostface

You never see the villain with his mask off in the films. The mask is iconic and recognized right away partly, because of this fact. Tobert, the co-creator, of the Ghostface mask took many tries at creating the famous Ghostface (Scream) mask. Many days passed and finally came across the perfect scary mask for the film. The mask has many influences around the world that led to its choice for the original motion picture. The design of the mask bears reference to Edvard Munch’s painting The Scream and it 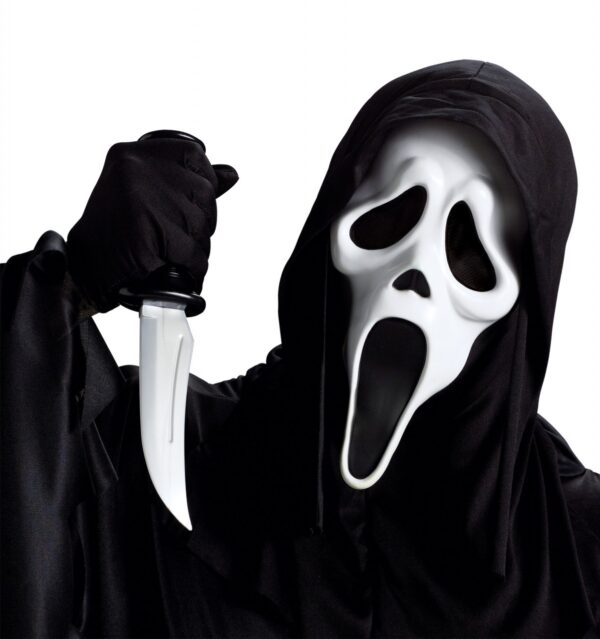 became one of the most iconic movie masks of all time! Many fans flocked to the theater and the film was an instant success.

For 25 years horror fans have revisited the fan-favorite film that started the successful franchise. The Ghostface mask is called “The Peanut-Eyed Ghost.” Torbert felt it looked like a “ghost in pain, believing it to be a unique design. You can almost see the pain Ghostface felt, taking it out on innocent folks around the town.” It’s very evil and overwhelms its victims. It’s iconic in its own way and has many fans dressing up year after year as the iconic scary villain. 25 years later, there are many different variations of the class Ghostface mask from the Classic Bleeding Ghostface Mask, Zombie Ghostface Mask Scream, and Ghostface Fade in and Out Mask.

Ghostface or “Father Death” as the full costume was called and sold is one of the most famous horror film costumes. The black long cloak itself had to be custom handmade for the Scream horror film, as the Father Death outfit identified in Scream as that of the killers did not really exist; the peanut-eyed mask was sold only as a stand-alone item. The cloak entered quickly into retail markets only following the release of Scream 25 years ago. The long back cloak mirrored what one might see a grim reaper wearing. Some fans wear the Midnight Cloak Adult Reversible Cape to replicate the original cloak look.

The Bloody Buck 120 “Hunting Knife” Prop, as used by Ghostface in Scream Movie, is the most common/signature weapon used by Ghostface to either harm or kill his/her victims. The Buck 120 was developed by Buck in the 1960s but was discontinued around 1992 due to complaints by hunters that the blade length was excessive. Ghostface uses a modified Buck 120, which is a common eight-inch hunting knife that is used as the main weapon by Ghostface. The knives used in the film series are made of aluminum with solid wood handles or metallic painted rubber blades with rubber handles, although there are prop knives that use retractable blades. In Scream 4, however, they used CGI to make the knife appear as if it was going into flesh via Scream Fandom. Knife apparel such as the Scream Knife T-Shirt is really popular as well. Ghostface’s knife evolved over the years into the very popular Ghostface 15-Inch Bloody Butcher Knife. You’ll want to get your hands on these Knives to complete your Halloween look for Ghostface.

After 25 years, it’s said that the Halloween horror of Scream (Ghostface) has a lot of fans collecting memorabilia and apparel from the movie, and with the new films coming out in 2022 and 2023 this has helped with the hype and demand for the

Halloween character. Many collectors fear that only a couple of memorabilia units will be made from this milestone, so it’s important to order yours today to ensure that you get yours. These will be worth the investment for years to come for movie memorabilia collectors.

A lot of Halloween fans like to scare and make people SCREAM when they come over within the fall season. You too might get caught up in the TERROR! If you want to scare people, the Ghostface Scream Sixth Scale Figure is right for you! As guests come to your house, BAM, they SCREAM! Also, because of the anniversary milestone memorabilia and apparel interest went sky high this year.

Here are a couple of very popular items on every fans wishlist below: 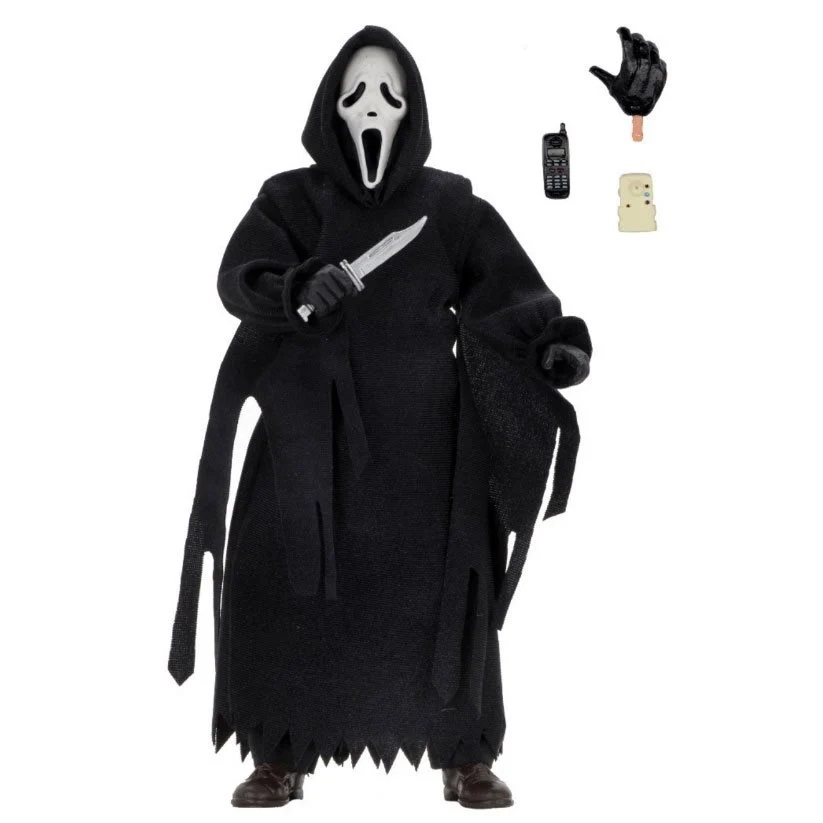