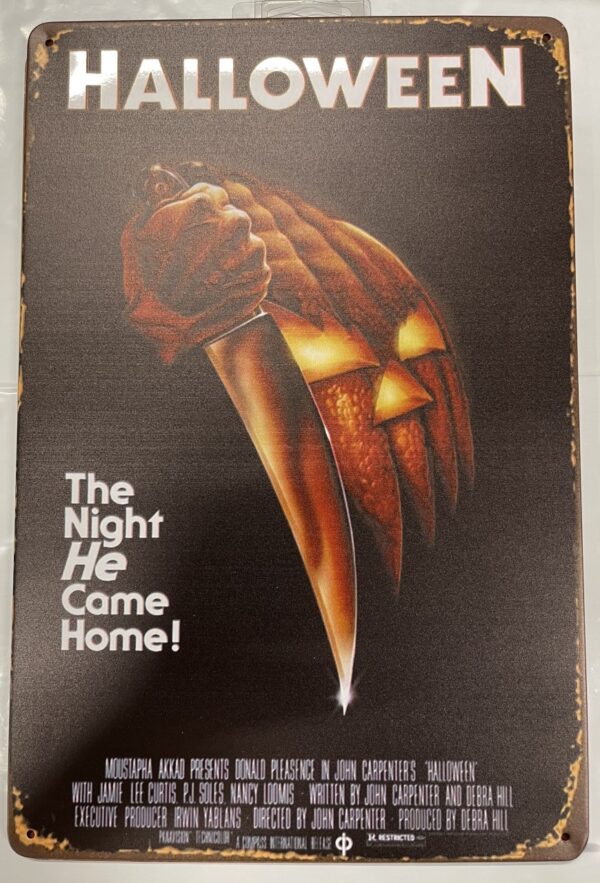 “It’s Halloween. Everyone’s entitled to one good scare.” And with that, we encourage you to indulge in all the Halloween merchandise Screamers offers—everything from replicas of Michael Myers costumes to decor, fandom gear, and much more!

From the humble beginnings of the 1978 Boogyman mask to the latest 2021 Halloween Kills mask with its contusions, cuts, and road burns, you can recreate your Michael Myers costume from any stage in the killer career path. Like a trend that doesn’t go out of style, you can complete your look with his signature coveralls. If you’re looking for a sinister spin on the ole’ ghost with a bedsheet look, do yourself a favor and check out the Michael Myers Adult Ghost Costume.

Don’t forget, like an artist is only as good as his tools, the same goes for a notorious killer and his knives! Wield your kitchen knife of choice from Michael’s killer knife collection.

First appearing in John Carpenter’s 1978 slasher-flick, Halloween, the film opens with Michael Myers murdering his sister and subsequently being committed to a sanitarium for psychiatric treatment. According to his treatment provider, Doctor Sam Loomis, it’s determined that Michael Myers is a lost cause with no humanity and no chance for redemption.

Despite the eventual deaths of his parents, Micheal broke out of the asylum to seek vengeance on the sole surviving member of his family, Laurie Strode. The Halloween series explores Michael Myers’ many killing sprees, ignited by his desire to murder his remaining family relatives and anyone who would get in his way. 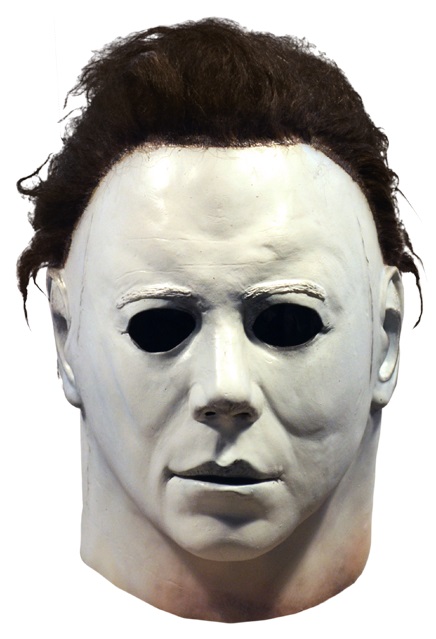 History of “The Shape” Mask

The Halloween prop department was faced with finding a frightening and affordable mask that their villain could wear. Upon some testing, the prop department came across a 1975 Captain James T. Kirk mask that was purchased for around a dollar.

After removing the eyebrows and sideburns, the face was painted a ghostly white, with the hair spray-painted brown, and the eye-openings were widened and reshaped. They tested out the Kirk mask and the crew decided that it fit their vision of what the Michael Myers costume should be due to the dead, emotionless look of the mask. This mask was the birth of all the horrific and iconic iterations of the Michael Myers masks we know today.

Just like the 1978 mask, meticulous care has gone into creating screen-accurate replicas of all the masks worn throughout the 13-film franchise with hand-laid hair, detailed cuts, burns, and facial shadows.

After a nearly 45-year run, it’s said that the Halloween horror of Michael Myers is to come to an end with the final installment of the series coming to a close with a dramatic face-off of Laurie Strode and Michael Myers in Halloween Ends.

According to Collider, Halloween Ends is slated for an October 2022 release, with legacy actors such as Jamie Lee Curtis and Kyler Richards returning along with co-writer Danny McBride and producers Malek Akkad, Bill Block, and Jason Blum.